Drag and drop (DnD) is a very common feature that allows you to “grab” an object on the screen and drag it to a different location and “drop” it there. EFL provides its own generic API for you to implement drag and drop operations in your applications. A display system specific implementation is used to share the drag and drop data between source and destination. Thanks to that, the drag and drop API can be used not only to share data within a single application but also across different ones. Here we will go through an example of how to do the latter so that one application provides the data and another one receives it, but it works the same way within a single application as well. 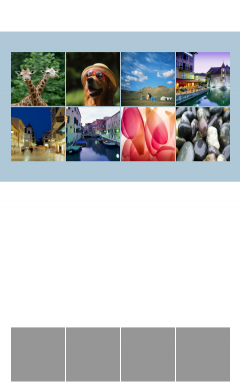 There are two applications visible on the screen. The first is a window with a blue background and a gengrid containing 8 different images. Those images will be dragged to the other application window, which is stacked below it and at the bottom of the screen - a window with a white background and a smaller, 4-element gengrid. The easiest way to share information about the dragged image is to pass its path so that's how it's done here. 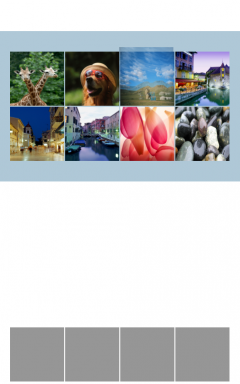 To begin dragging an object, the drag source should call elm_drag_start(). Here it is done on image's longpress.

Apart from the source object, we also need to define the content format supported by the data (Elm_Sel_Format - in case above, we use ELM_SEL_FORMAT_TEXT just for sending some plain text) and the kind of action associated with the data for the drag and drop - here set to ELM_XDND_ACTION_COPY. The third argument defines the drag data in the form of a standard C string. The create icon callback needs to be set if an object is to be visible during the drag and drop. If it is not set, we are still able to move or copy an object by dropping it at valid location but we won't see its movement on screen because no object will be created to track that drag. The data parameter is passed to the create callback when it is called. The position of the image is not limited by the application's window's boundaries. 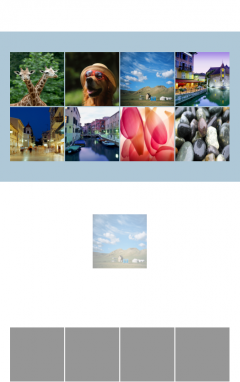 In the create icon callback a new image is created based on the image file of object that we passed to it.

By default the new image's position is (0,0) relative to application's window. To change that, we set the xoff and yoff coordinates offsets based on mouse pointer position and image's width and height.

You can also set 3 other callbacks that are invoked when the object's position changes, the target accepts (or not) the drop data or when drag and drop is finished. We didn't need them in this example so they're omitted.

The gengrid in the second application needs to register itself as a target for drops for DnD to know to listen to that region for drops. To do so the elm_drop_item_container_add() function is used.

This function helps to manage dropping an object into gengrid's items easily, by passing the item the mouse was over when the drop happened as an argument to drag-and-drop callbacks. We set _item_get_cb() function as the callback to get Elm_Object_Item at (x, y) - it simply returns the item at mouse position (x, y).

The content format supported by the data is set to ELM_SEL_FORMAT_TEXT, as is on the other end of drag and drop in this example. A callback for the dragged object's position update - _item_pos_cb() - is set to monitor the dragged image's position and highlight a gengrid item when the image is over it and _item_drop_cb() is called to actually copy the image to the destination when the mouse or finger is released from the object. 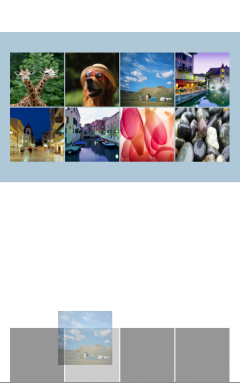 The view_item_update_image() function takes Elm_Object_Item * and char * as arguments and creates a new image object based on given path string and sets it in given gengrid item. 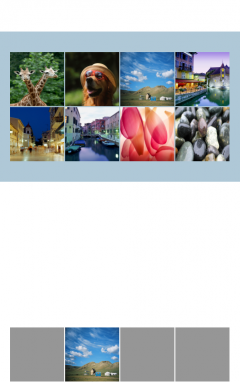 Other callbacks you can set for the drop target are:

To receive the dragged data in an object that isn't a container, you have to use elm_drop_target_add() instead of elm_drop_item_container_add(). The only difference between them is that you don't set the callback for getting the Elm_Object_Item at given coordinates.