Threads are operating system resources: while much lighter than processes, they still have a cost. Moreover, spawning a thousand threads means that each of them only gets 1/1000th of the total CPU time: each thread is progressed slowly and, in the worst case, the system wastes all of its time switching between threads without doing any actual work.

Thread pools solve this problem. In thread pools, upto a maximum number of threads are created on-demand and used to execute tasks. When the tasks are finished, they are kept alive but sleeping. This avoids the cost of creating and destroying them.

In EFL, the thread pool is controlled by a thread_max parameter, which defines the maximum number of threads running at the same time. Another control feature is the func_end() callback that runs from the main loop thread after a task has completed and is typically used to extract the data from the finished task and make it available to the main loop.

To manage the maximum number of threads:

The following figures illustrate the thread pool. The first figure shows the occupancy of a hypothetical thread pool. There are several tasks, of which 4 are running. The thread_max parameter of the pool is 4, and the other tasks are waiting. There is no thread with its func_end() callback currently called. 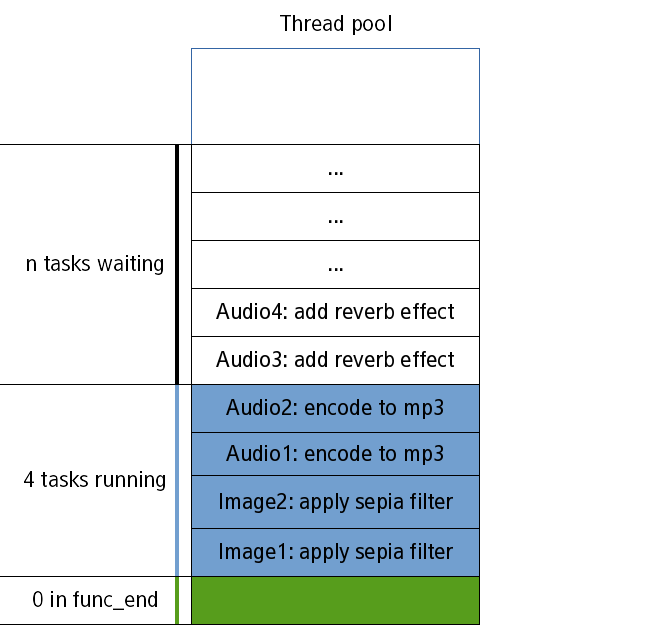 When a task, applying the sepia filter on image1, finishes, the corresponding func_end() function is invoked from the main loop. 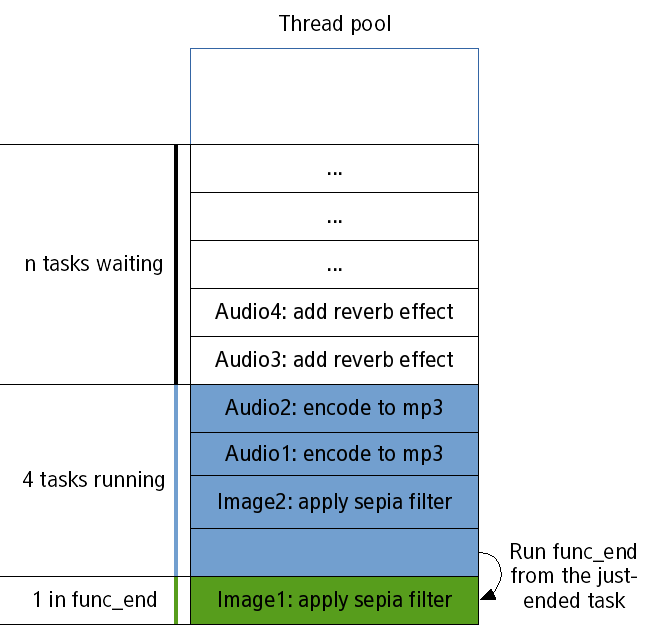 With the task done, one of the threads from the pool becomes available, and another thread, adding the reverberation effect on audio3, can run in it. 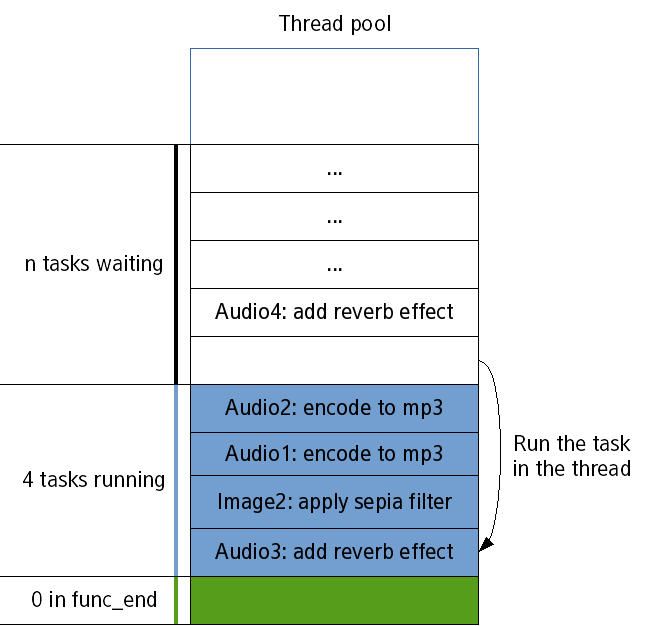 As long as there are tasks to be done, the thread pool continues the same way, running tasks in its threads whenever a thread is available.