Elementary is about displaying its widgets in a nice layout, for this purpose it provides a number of containers. 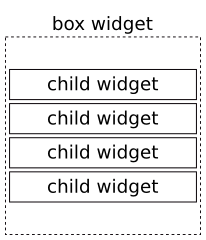 Most of the time, you want to display widgets on the screen in a specific order. In Form Tutorial, for example, the user information is arranged vertically. This basic container is called a box. There is no theme for a box layout. It is just a linear method of arranging widgets horizontally or vertically. 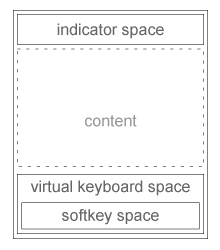 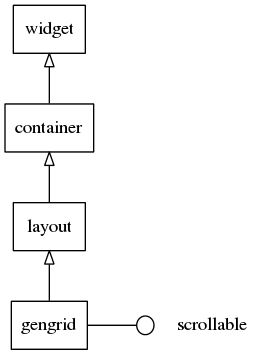 Gengrid widget is based on the same idea as the genlist. It aims at displaying objects on a grid layout and rendering only the visible ones. As for the genlist, callbacks are called at item creation or deletion.

This widget inherits from the layout widget and implements the scroller interface. Thus scroller and layout functions can be used with this widget.

A gengrid may display its items using horizontal or vertical layout. In the first layout, items are displayed in columns from top to bottom, starting a new column when the space for the current column is filled. In the second one, items are set in rows from left to right. 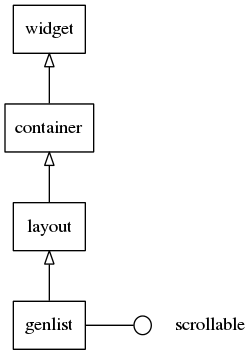 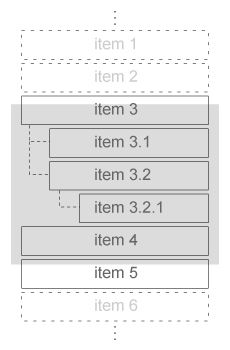 Genlist is a widget that displays a scrollable list of items. It allows a lot of entries while being fast and has a low memory footprint (only the visible items are allocated in the memory).

In a grid, objects are placed at specific positions along a fixed grid, where the position of each object is given as a percentage of the full width and height of the grid. By default, the size of the grid is 100 x 100 pixels.

A layout is a container widget that takes a standard Edje design file and wraps it very thinly in a widget. Layouts are the basis of a lot of graphics widgets used in Elementary.

An Edje design file describes how the elements of the UI are positioned and how they behave when interacted with. For more information about Edje, see the Edje guide.

A mapbuf widget is a container widget that uses an Evas map to hold a content object. This widget is used to improve the moving and resizing performance of complex widgets.

The mapbuf widget inherits all the functions of the container class.

A naviframe widget consists of a stack of views. New views are pushed on top of previous ones, and only the top-most view on the stack is displayed. The previous views are not deleted. A previous view is displayed when the view on top of it is popped. Transitions can be animated on a push or a pop, depending on the theme applied to the widget. 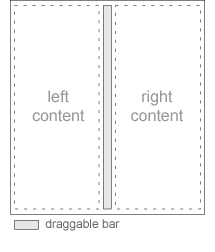 A panes widget adds a draggable bar between two sections of content. The sections are resized when the bar is dragged. 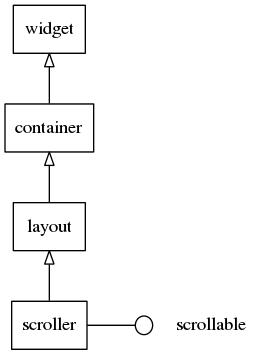 A table is like a box but with 2 dimensions. You have the same kind of APIs as with boxes. An item inside the table can span multiple columns and rows, and even overlap with other items (and it can then be raised or lowered accordingly to adjust stacking if there is overlap).